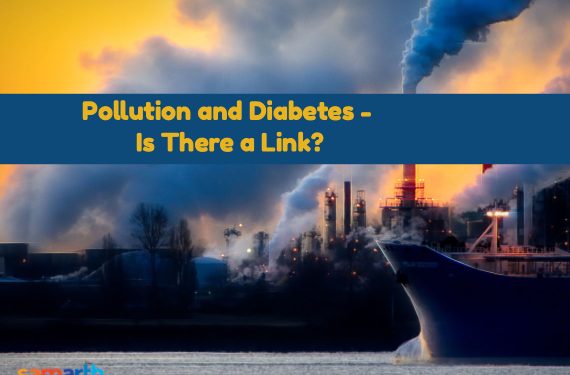 As per a recent WHO report published in all major newspapers in India, the country tops in the bad air quality rankings. Kanpur is the world’s most polluted city, and Delhi is in close behind in the sixth place. Also, Mumbai is the fourth most polluted megacity. Many other Indian cities too made it to this list, raising alarm bells and concerns among the citizens on how to maintain the air quality. While a lot of it, has to do with government and policies, a lot needs to be done by the citizens as well.

One may remember how last Diwali, the SC had ordered a ban on fireworks during Diwali in the Delhi region. Many schools are now running awareness campaigns on air pollution. You may be thinking that at the most air pollution can cause some respiratory diseases. But, that’s not all; according to WHO, it causes 7 million deaths across the world, in a year. And studies now reveal that there could be links between air pollution and diabetes, which by itself is a silent killer as we all know.

A WHO report on diabetes says that it will be the seventh leading cause of death across the world, by the year 2030. And to make matters worse, it has now been proved that, bad air quality can negatively influence the insulin levels in the body, resulting in diabetes. According to this study, 3.2 million new diabetes cases have occurred across the world in a year due to air pollution.

The outdoor air pollution levels considered by the researchers were microscopic particles of dirt, dust, smoke, soot, and liquid droplets that are airborne. As per the study results, 21% of the people under the study, who had no prior diabetes, developed the disease, when exposed to 5-10 micrograms per cubic meter of the polluted air. The percentage increased when the pollution in the atmosphere increased. While there have been many studies on this subject, this was a rather comprehensive one, that followed 1.7 million veteran Americans in 8.5 years, and published its results in ‘The Lancet Planetary Health’. This report has been published in many major newspapers across the world, because of its significance of people’s health.

This study was conducted in the US, where comparatively the air quality is much better as compared to India. And also, the quality of life is better, and people may be using air purifiers at home if they suspect air pollution in the area. So, while air pollution is a cause of great concern, it is more so in countries like India.

Here, we the population is higher, urbanization is more, deforestation happens, and there are lax rules about air pollution. The emissions from vehicles and industries are a major cause of concern. We have also seen how smogs form in cities like Delhi and Gurgaon. Also, there used to be the pollution from the farmers burning their crops in Haryana, or Punjab, which also contributed to the issue.

Hence, air pollution is a significant issue that is already causing many health concerns to the citizens, especially, the very young and the very old, as they are highly susceptible.

Suggested precautions from the doctors to avoid the air pollution to the maximum possible extent are:

Benefits of an Oil Massage