Checkmate Your Way to Cognitive Health 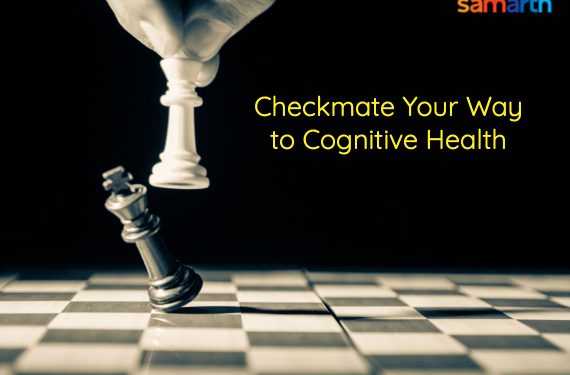 Cognitive health is one of the many health concerns that the ageing population worries about. Of course, most other health issues can be dealt with in many ways, but a decline in cognitive health may indicate a level of dependability that is not desired. Seniors can keep their minds sharp and occupied in many ways, but perhaps playing chess is one of the most significant ones.

Known as a mind game, this game is not one of the most popular ones in India. This, even though we have a champion like Viswanathan Anand as its ambassador of the game. However, it is prevalent in India, and chess tournaments are happening at every level, and people are more aware of it these days. At the competitive level, it is very intense and requires a keen mind to understand the various moves and checkmate the opponent. But, even at an amateur level, a game of chess stimulates the mind like no other pastime. And when you get some proven benefits, perhaps, it’s a good time to pick up the board and get going. For a trigger, please note that 20th July happens to be International Chess Day, celebrated across the world.

A game of chess doesn’t need anything much and can be played anywhere, anytime! All it needs is the chessboard and the pieces, and they come in very small sizes that can even be played while travelling. They do not cost much as well and can be set up in a very small space. Of course, like many other games, you can even play this online as well. So, for playing chess, neither the place nor the occasion is a constraint. You can open up the board and get going.

No two chess games can be similar, even though most of the pieces can only move in a certain pattern. This is tricky, as your next move can only be determined after your opponent’s move. Therefore, you would need to evaluate all options and make sure that you can keep the game going for a while. This needs some great thinking, the ability to pre-empt the opponent’s moves, and a visualization capability. Hence, it stimulates the mind greatly, unlike many other board games that may not require so much focus and application.

Since the game has two colour pieces, and the opening moves and players change, every game will always take a different turn. This can be fun and a great stress-buster too. Understanding an opponent may take a few games, and every new opponent brings about such opportunities to learn and strategize.

Undoubtedly, anything that stimulates your mind keeps your neurons thinking and working and thus helps maintain cognitive capabilities. For example, with a chess game, the brain is active throughout, thinking up new challenges and moves. Also, every opponent plays differently, and this forces one to study more games, moves and explore further. Thus, you are constantly learning and evolving and helping your cognitive cause further.

Playing chess can help you connect with a set of people to form a social circle. You could play this with your family or friends, or even with an extended set of people. If you decide to take it up online, you could connect with more people and have more fun engaging with all of them. Forming chess clubs may also be a good way to connect with people or pass the time productively. It could become a great tool to engage with your kids or grandkids too. You may even start competing professionally if you find that you are good at it.

The Federation Internationale des Eches (FIDE) was established in the eighth Summer Olympic Games in Paris, France, on 20 July 1924. The UN General Assembly proclaimed 20 July World Chess Day on 12 December 2019, and since then, this day has been celebrated the world over. Every year they have a motto or theme, and this year it is, ‘Teach someone how to play chess’! So, if you are a chess enthusiast, you can teach people around, or you could choose to learn from this day on.

Last year, in 2020, the year of the pandemic, it was celebrated as a virtual event, and people across the globe participated in many ways. This day, you could choose to learn, play, share your story on social media, play a 24-hour marathon, solve chess-related puzzles, or watch the FIDE World Cup, going on from 12th Jul to 6th August. In addition, you could watch the World Champion Magnus Carlsen playing and learn a few tricks.

Know Your Rice To Stay Healthy

Adult Diapers – What you need to know

Spirituality Matters and How!

Adult Diapers - What you need to know