Drawing inspiration from her journey to #cancerfree 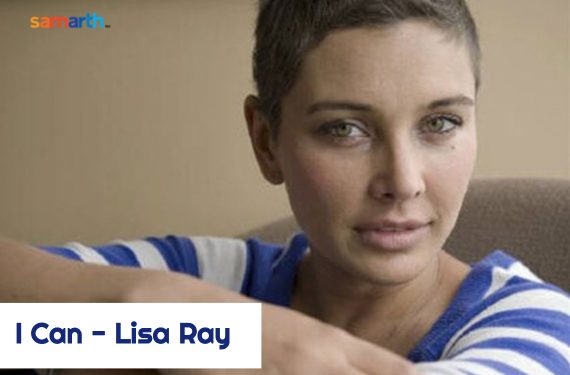 All it needs to beat cancer at times is a positive attitude. That’s what brave cancer survivor actress Lisa Ray says. She is a well-known Indo-Canadian actress who had everything going for her when cancer struck her. In India, she was the face of some famous brands like Bombay Dyeing and Lakmé. She was diagnosed with multiple myeloma, a blood cancer that is not often fully curable. However, Lisa proved that it could be kept at bay with a will and a positive attitude. Akin to Sonali Bendre, Lisa has never shied away from talking about her cancer journey.

A jet-setting international actress, Lisa was plagued by fatigue and dizziness, which she ignored for a while, thinking it was just exhaustion. However, subsequently, tests revealed she had multiple myeloma, a rare, incurable form of cancer. This was in 2009 when she was just 37. She, too, shared her situation with the world and was extremely happy to see the huge amount of support that poured in, especially from Indians. She undertook treatment, which consisted of steroids that bloated her body. She also underwent an autologous stem cell transplant using her own stem cells. In April 2010, she was declared cancer-free.

She got married in Oct 2012 and came to know her cancer had relapsed. She didn’t inform her husband at the time and said that it was perhaps the lowest time in her fight against cancer. She fought it off though, and in Sep 2018, the couple announced they had become parents of twin girls through surrogacy. Lisa recollects her cancer journey as a journey of faith, in modern medicine as well as in spirituality. She also revealed that she used to watch funny movies to stay upbeat.

Lisa is thankful for her second life, has become more conscious, and believes in using her influence and experience to help others. She has conducted many fundraisers for the cause. She feels that her perspective changed, and she took on a more fearless approach to life and work. Lisa’s experience with cancer is documented in her blog, ‘The Yellow Diaries’. She also has an Instagram account dedicated to poetry and continues her work as an actress and model with various successful engagements. Her last seen show in India was Four More Shots Please on Amazon Prime, which was a great success. She has also published a book titled Close to the Bone, covering her life journey.

In this fight for survival, there is no dearth of inspiration. Tahira Kashyap, wife of famous actor Ayushmann Khurrana also is a cancer survivor who has openly shared her story on social media. Manisha Koirala is another actress who has bravely fought this disease and continued working. She had ovarian cancer for which she got treated in New York. We have recently seen Sanjay Dutt, who underwent treatment for lung cancer and started working post the treatment. Kiron Kherr, MP and accomplished actress, is also resuming work after her cancer treatment. Unlike earlier days, it appears that a diagnosis need not be a death verdict. Many people are proving that it is curable, and advances in medical technology are helping the cause as well.

According to a reputed survey brand, instances of cancer among senior citizens are on the rise. It is estimated that 1.4 million senior citizens may be afflicted by cancer by 2050. Currently, it is in the range of 0.6 million only. Lung and prostate cancers in men and breast and cervical cancer among women are the leading cancer occurrences among seniors in India. Periodic check-ups are a must to identify any issues that can turn critical in this age. As the many stories suggest, it is possible to get treated and cured and continue a normal life, even after a tryst with cancer. It is important to believe in the ‘I can’ philosophy to beat cancer.

I Can – Sonali Bendre

All You Need To Know About Health Insurance

I Can – Sonali Bendre

Keeping Cancer Away: 10 tips from experts

When to Consider Home Care for Your Parent

All You Need To Know About Health Insurance