Symptoms of a silent heart attack can be easy to miss, but they shouldn't be overlooked 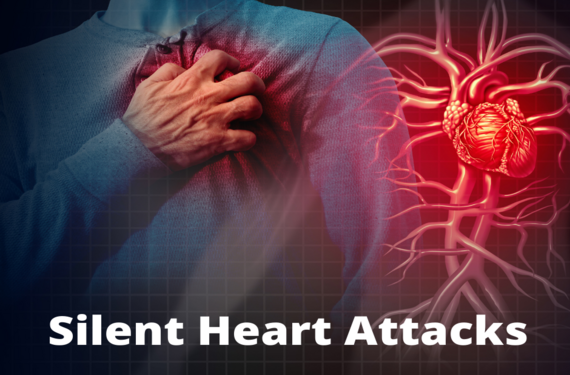 Popular depiction of a heart attack in movies generally involve a person clutching their chest and feeling intense pain, often collapsing to the floor as well. While some people may genuinely experience a heart attack in a similar fashion, for most, it tends to be a less theatrical sort. There are also others who often don’t experience any such symptoms at all, and they don’t even realize that they had a heart attack. These type of heart attacks are called silent heart attacks, or SMI (Silent Myocardial Infarction)

What are Silent Heart Attacks?

Heart attacks occur when arteries that carry blood to the heart get clogged, which results in he heart being blocked of crucial oxygen and nutrients. This blockage causes the pain that many who suffer heart attacks experience. In the case of silent heart attacks, the same thing happens, but with just one major difference – it tends to goes unnoticed, or be mistaken for some other condition.

What are the risk factors for silent heart attacks?

Why is it dangerous?

What are some warning signs of silent heart attacks?

According to experts, the signs of a silent heart attack can include discomfort in chest, back, jaws or arms. Feeling increasingly dizzy has also been observed as a symptom of these heart attacks. As you are the best judge of your body, it is also important to keep in mind if you suddenly feel increased exhaustion after doing a task which in normal times would not tire you out as much. For example, if you find yourself catching your breath after climbing a up a few stairs, which otherwise doesn’t happen, then such symptoms should not be shrugged off.

It can be confusing to tell if the symptoms you are experiencing are due to a heart attack or another medical condition. According to doctors, symptoms of a heart attack are not localized per-se. For example, if you have a sprain in your back or arm, it usually feels a bit better if you stretch the area out. In cases where that sprain is caused due to a heart attack, no amount of stretching would relieve that pain. Similarly, if you are experiencing shortness of breath, laying down and cooling off will not make it better in case of a heart attack, contrary to if it is caused just sue to normal exhaustion.

It is advisable to get a check-up done if you feel that something is not right. Time is of the essence, especially if it involves your heart. Putting off a visit to the doctors office in such cases could result in irreversible damage being done.