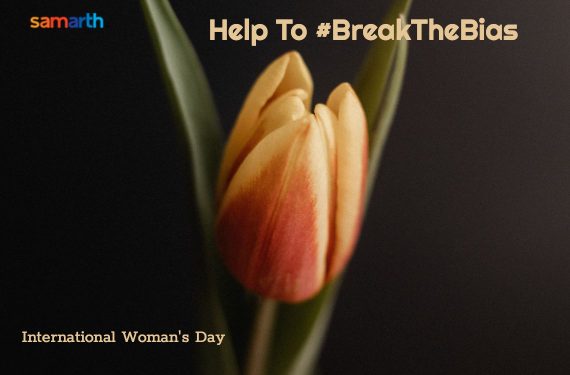 Starting from better pay, voting rights, right to work, hold public offices, etc., it has continued to evolve. But, from the beginning, it has been mainly a fight against discrimination and the right to be treated equally. Every year, on this day, many events are held across the globe to create awareness on these issues, and people participate wholeheartedly.

There is also a theme attached to the day every year. True to the popular quote,

‘Educate a woman and you educate a family (nation, generation)’,

the themes clearly indicate the purpose of observing such a day. Here are the themes of the past few years.

It’s all about empowering women, gender equality, and aiding women to advance in all fields, whether rural or urban. This year’s theme is #BreakTheBias. The objective is to urge people to end all sorts of biases, stereotypes, and discrimination against women.

In India, we have a strong history of women participating in all fields from ancient times. Many queens broke the barriers by becoming warriors fighting to save their country, like Rani Lakshmi Bai. We also have examples like Savitribai Phule, one of the first women activists in our country who took up the cause of women’s education. We had capable administrators like Rani Ahly Bai Holkar and a courageous Prime Minister like Indira Gandhi. Post-independence, we have had women marching forward in all fields, and today we have women working in all sectors. They even hold important offices like ministers, judges, CEOs and even have joined combat forces in defence.

However, that does not take away the fact that we still have infant foeticide, blatant discrimination, and unequal environments. Women still have to take care of the family and home, despite of their success outside it. While many women get needed support to pursue education and career, many others have to fight for it. Some succeed while many still fail due to societal pressures and biases. It is this bias that needs to end.

What can we do?

The older generation has to guide the next generation on the positives of how women can shape the coming generations. Men need to be sensitized about how women need to get an equal platform to learn, grow and contribute. Women need to support other women to become financially independent. All these are things that can and should start as discussions at home. Simple things like sharing the workload at home, bringing up kids together, giving respect at home, etc., can go a long way in changing perceptions of the next generation.

Sometimes the bias is implicit and unconscious; simple things like asking only the girl child to do chores at home, dress or behave in a certain way, etc., create and drive the stereotypes. This needs to be broken to create a gender-neutral, equal, and fair environment at home. Elders can contribute a lot to this through open discussions, ensuring an equal share of work and choices, and never encouraging snide remarks about women. When that respect is cultivated, biases get automatically broken, as these individuals go on to become the society. Hence, let’s do out bit for the #BreakTheBias theme of IWD 2022 and contribute to a world that gives equal opportunities and respect to women.

Ensuring Your Safety from Lesser-Known Frauds

Ensuring Your Safety from Lesser-Known Frauds