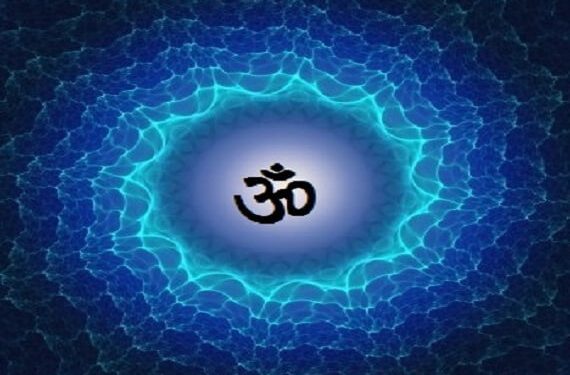 The most popular myth or misconception about “OM” is that it is religious. But, surprisingly, it is the most universal syllable as it neither refers to any particular religion nor God. It is believed that “OM” was the cosmic sound which initiated the creation of universe (big bang theory).

Chanting of “OM” also has a scientific and practical explanation based on the physics of sound, vibrations and resonance with some long term benefits. When chanted sequentially it activates the stomach, spinal cord, throat, nasal and brain regions. The energy moves all the way up from the abdomen to the brain and activates the spinal cord and brain.

Chanting Om while meditating helps in detoxifying the body by regularising the blood circulation and providing more oxygen to the body. This is the reason for the belief that chanting Om restores youthfulness internally and externally. It is also believed to give one better immunity and self-healing power.

Chanting Om also helps in controlling the blood pressure and helps the heart to beat with regular rhythm. It also helps in getting enough sleep with a peaceful mind. Thus it has cardiovascular benefits too.

Regular chanting of Om mantra can treat depression and epilepsy too.

It also enables one to have control over their feelings thus improving self consciousness and resulting in strengthening of mind. It helps one to get rid of negativity. Chanting Om helps you to concentrate on yourself and your soul that drives away the negativity and helps you to interact with positive people only.

Chanting Om improves the voice by giving strength to the vocal cords and the muscles around it. This is especially helpful in old age. The Om chanting produces a vibration and sound which is felt through the vocal cord and the sinuses. These vibrations open up the sinuses which clear the airways.

Some people have claimed to lose weight through chanting of Om as it puts the entire body in a heightened state of sensitivity – the vibrations stimulate metabolism leading to weight loss.

When the Om mantra is chanted in a group, it has amplified effects and produces immense positive vibrations that charge up the entire vicinity.

Om is a universal mantra which should be chanted many times to get results and is rightly prescribed as a cornerstone in yoga therapy due to its outstanding healing benefits.

Golf as a Leisure Activity

Golf as a Leisure Activity