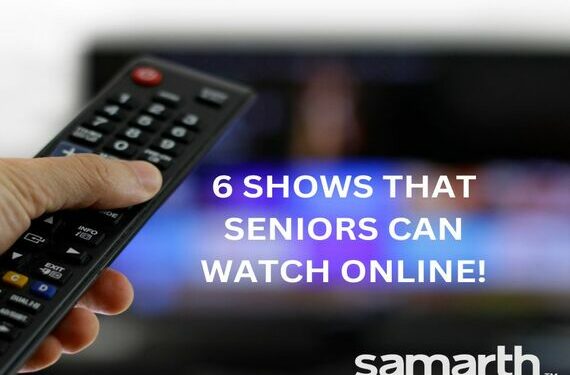 OTT platforms have been all the rage these past couple of years, and contrary to popular belief, youngsters are not the only group which uses them a lot. Trends show an increase in the number of subscriptions to popular OTT platforms like Netflix and Amazon Prime, especially in the 50+ year age group, and this will only continue to grow in the future. A recent study conducted among seniors in urban areas of India showed that 65.7 percent of seniors interviewed use Amazon Prime for entertainment, followed by Netflix.

So do you want suggestions on some movies that you can watch on these platforms? Here are some you should definitely check out!

Narrated by the famous British biologist and historian David Attenborough, this series beautifully captures Earth’s scenic landscapes and wildlife, while also casting an eye on how climate change can affect it all. This is a must watch for science and nature aficionados.

Super Seniors Heroes is a Tamil film with 65-year-old Ganeshan as it’s main protagonist. Ganeshan is distraught after his wife’s passing, but news of his 7 year old grandson’s visit to India elates him. In a bid to bond with his grandson, Ganeshan and his retired friends pretend to be in a superhero league, but madness ensues when they get caught up in fighting actual crime! Watch this heartwarming desi superhero drama, with English and Hindi subtitles available for those who do not understand Tamil.

Starring veteran actor Deepak Qazir, Sandhya Chhaya is a tele-play which depicts the loneliness that senior citizens struggle with in the twilight years of their lives. Qazir adds, “Sandhya Chhaya is a wrenching tale about old age and loneliness and highlights the plight of parents whose children have the affluence to take care of their material needs but no time to tend to their emotional cravings”.

This classic Indian sitcom which revolves around the tale of middle-class daughter-in-law and a wealthy mother-in-law has garnered a huge fanbase in the country over the years. Watch the antics of the Sarabhai family and add a healthy dose of laughter to your lives!

Take a trip down nostalgia lane and watch all 54 episodes of this hit show based on R.K. Narayan’s story. Follow the tales of Swami and other residents of Malgudi as they lead a modest life but come across a number of obstacles which they confront without giving up.

In Mukti Bhawan, a hesitant son is forced to accompany his dying father to Varanasi, where the father believes he will pass away and find salvation. The film explores the complex relationship between parents and children, and artistically portrays how after a point, the parent becomes the child in the relationship.

Physiotherapy – A Mobility and Health Aid for Seniors

Physiotherapy – A Mobility and Health Aid for Seniors