Ring in the Christmas Cheer 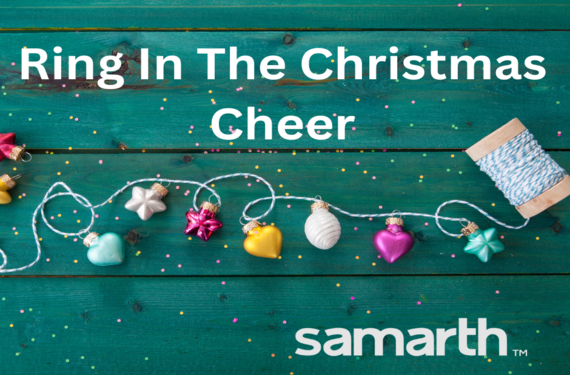 Approaching Christmas, there is cheer all around. It’s the holiday season, and there’s nothing like watching a feel-good Christmas movie to ring in the Christmas cheer. Also, we bring you some unique Christmas traditions from around the world for a change. Perhaps, you could try out a few this time. And not to miss out on some Christmas trivia.

Falling for Christmas: In this 2022 movie released on Netflix, Lindsay Lohan plays an heiress who loses her memory after a skiing accident. She finds herself in the care of a widower and his daughter during Christmas. The genre is a romantic comedy and a comeback movie for Lindsay Lohan after a while. In this Netflix original movie, Lindsay plays Sierra Belmont, a spoilt heiress who is found unconscious by Jake Russell, and since she lost her memory, she finds herself under his care at Northstar Lodge. She takes the name Sarah, after Jake’s daughter Avy’s stuffed toy. What happens to her, will she be able to find herself again, and will it be a happy Christmas for all of them? Of course, there are some twists and turns.

Apart from this, The Home Alone series, though old, is a great Christmas watch for people of all ages and can be enjoyed with family. You might also want to check out Dr. Seuss’ The Grinch from 2018, which outgrossed Home Alone.

Christmas Traditions Around the World

The Gävle Goat, constructed in Sweden, is among the unique traditions around the world. It’s a giant straw goat, more than 42 feet high, 23 feet wide, and weighs 3.6 tons, constructed at the same spot every year. In the Philippines, San Fernando city has a lantern festival called Ligligan Parul. It is said these lanterns symbolise the Star of Bethlehem. In Japan, which has only around 1% Christian population, people either eat Kentucky Fried Chicken or order a meal in advance for Christmas! It started with a Kentucky for Christmas campaign in 1974 and continues to this day.

Icelandic kids get candy or a rotten potato every day of the 13-day Christmas celebrations in the country. Kids get candy if they are well-behaved and a rotten potato otherwise, left in their shoes by the window at night. In Poland, they start the Christmas dinner only after the first star appears in the sky, and always with an extra chair set at the table for someone who may come in uninvited. Ukrainians use spider-like cobwebs for Christmas decorations, based on a legend of a poor widow who couldn’t afford the decorations, and the spiders in the house helped her out. People of Caracas make their way to Christmas mass on roller skates!

In South Africa, Christmas food includes fried caterpillars! Emperor Moths are used to create this dish, also called Christmas caterpillars. Norwegians hide their brooms on Christmas Eve, just in case witches decide to get naughty! While all across we have the same Christmas tree, in New Zealand, they have the Pohutukawa tree, which has bright red flowers, as their Christmas comes in summer.

Here are some Christmas trivia you may not be aware of, and they are quite interesting.

Do you use the word Xmas for Christmas? Have you ever wondered when it started? It goes back to the 1500s, and the X is the first letter in the Greek word for Christ, namely, Χριστός.

America outlawed Christmas from 1659 to 1681, and people were not allowed to celebrate it. It was in 1870 that it was declared a national holiday.

This Christmas, when you are munching away on the Christmas cake, think France, as this is where it first originated in the 19th century as a dessert named Bûche de Noël.

So, this year, you can watch a movie, order from KFC, get a different Christmas tree or use a cobweb decoration!