Cinnamon For Weight Loss? – The Benefits You Did Not Know About 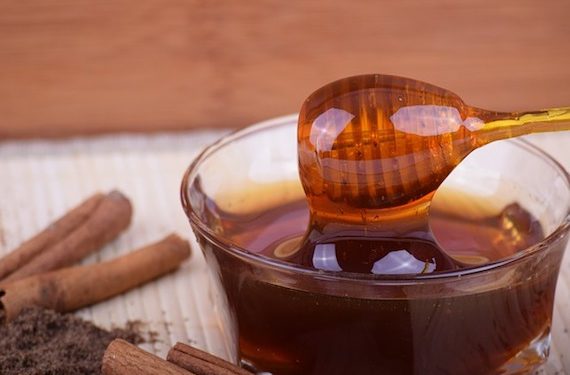 Weight loss is an issue that most people struggle with at some point of time or the other. While some struggle with it from a young age, others gain weight later in life. Especially for women, weight gain after childbirth and as they age is something that is troublesome. The issue with weight gain is not just the weight, but also the many other diseases that it may cause. Hence, it is always best to maintain the optimum body weight. However, if weight is an issue, and you need to lose weight, then there are some natural ways to achieve it.

Cinnamon along with honey can be used to help lose weight while maintaining a diet regime along with a regular exercise. Cinnamon, though known more as a spice, actually has a medicinal history as well. It has been used in ancient Chinese, Egyptian as well as European medicines. Research suggests that cinnamon boosts the metabolism and also helps lower cholesterol. Honey is a natural substance that has high medicinal value. A combination of these two substances provides immense benefits.

A big part of weight gain is the mindless eating that happens when we give in to the food cravings. These food cravings usually trouble us in between the meals. Generally, the binge eating or snacking happens in between breakfast and lunch or between lunch and dinner. If cinnamon is taken during this time, it helps control the appetite of a person and hence, you can control the temptation to eat.

If the appetite is controlled and we are able to get through the intervals between meals, without too much snacking, that is a big step in weight management. Cinnamon has also been found to help lower the blood sugar levels. Hence, when taken during the lunch time, it also helps you stay awake and alert and become more productive.

Cinnamon also boosts the energy levels of a person, so you may consume it before you embark on any exercise regime. It can help you keep going. If at all, you are in the habit if midnight snacking, then you may consume the cinnamon and honey mixture at night before sleep as well. This will keep your hunger pangs satisfied throughout the night and you won’t feel the need to snack and help you have a sound sleep.

You could boil a small piece of cinnamon in a cup of water and allow it to cool. This may be mixed with a spoonful of honey and taken once or twice a day. If you are intending this only as a weight loss regime, kindly check once with your doctor, before starting the same. Per se, cinnamon has many health benefits and the honey combination makes it easier to consume as well as adds to the overall health benefits.

The other benefits of cinnamon

There are many other health benefits of this spice like:

Research has found many more benefits of cinnamon like it helps fight cancer, infections, viruses, and bacteria. So, overall cinnamon seems to be a good ingredient to include in our diet.

5 Reasons to Include Poha in Your Diet