Is There More To That Tea Cuppa? 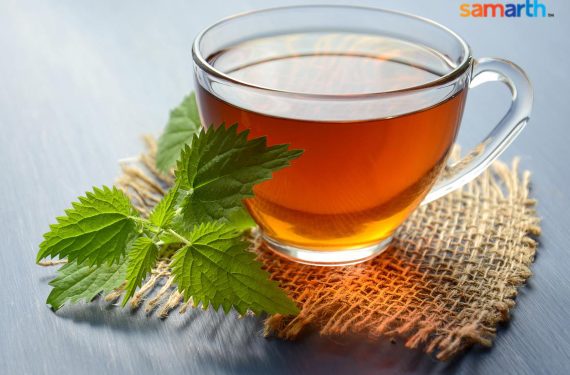 Living in a connected world where the information is available at the fingertips can be exciting and fun. It could also, at times, put you in a quandary about what to believe and what not! When you look up information for something specific, you may find some that say something positive and some that say the exact opposite. So, what to believe or not could be ‘samasya’ for many people.

Luckily, for us in India, we have an ancient culture and heritage to back us, and we also have seen how our grandparents have lived or are living. They have also seen their grandparents, and there is a wealth of knowledge that is being passed on. So, we can try to verify some of the information based on these sources. The other option is to look at the articles we read to see if they are backed by scientific research.

While many of us in India have been used to drinking tea, at least once a day, a time came when we were told that tea might not be good for us. It was also suggested that people should only stick to green tea. Originating in China, tea spread to Japan, Europe, the US, UK, etc. Early Chinese travelers have described the Indian brew called tea. So, it is quite ancient to India as well. So, here is a little bit of wisdom; a combination of what we perhaps know and what new research tells us.

Tea has lots of benefits

A lot of research has been conducted on the health benefits of tea, and we can safely conclude that it is indeed good for our health. Primarily this conclusion has been based on the two components found in tea, namely, a polyphenol (a type of antioxidant) and phytochemicals. Also, catechins, another antioxidant found mainly in green tea, can boost the body’s exercise endurance. It also helps your body’s metabolism and has anti-inflammatory properties.

Since antioxidants are said to help fight cancer, tea, being rich in this, can help our body keep a lot of different cancers at bay, like breast, colon, lung, stomach, and more. Another reason why tea helps in the anti-cancer fight is the fact it can fight and destroy the free radicals in the body. It is the buildup of the free radicals that eventually cause cancer cells to develop and multiply.

Tea can also help in keeping cardiovascular diseases at bay. Various components in tea can help prevent skin and neurological degeneration, and improve your BMI. What’s more, it is even said to help fight that lifestyle disease called diabetes. It is even said that drinking tea helps keep Alzheimer’s disease at bay!

The latest research paper published about the tea and brain link, says that “Habitual tea drinking modulates brain efficiency.” A study conducted on healthy older participants based on their tea-drinking habits studied the effect on brain connectivity (both functional and structural). Their research-based on multi-modal imaging data concluded that consuming tea made positive differences in the brain structure. They further said that this made the network organization more efficient.

So, in a layman’s language, what it means is that drinking tea can help keep the brain and its network in an efficient working condition. Perhaps, that could be why tea consumption has been said to keep Alzheimer’s at bay, though we do not know yet. A study conducted on mice using some components in green tea has been shown to reverse the effects of Alzheimer’s disease. However, the scientists are quick to the point that every result that works in mice may not exactly translate the same way in humans as well.

But so far as we know that tea does not have too many harmful effects, and we drink it in moderation, perhaps we could manage to keep Alzheimer’s away. Based on all the studies and the conclusions, it is evident that there is more to the cup of tea than just refreshing us.

Hibiscus – More Than A Flower