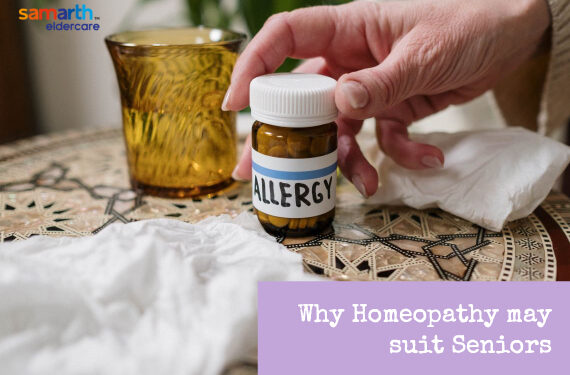 India is perhaps one of the few countries where traditional therapies thrive as much as allopathy does. For example, many Indian households rely on Ayurveda, the ancient Indian therapy to treat most common disorders. While this is common in many rural areas, Ayurveda clinics are now seen even in urban areas. We also see Homeopathy clinics in many areas, though it is slightly less popular than Ayurveda. In India, we also have access to Unani and naturopathy, two other traditional therapy forms.

All these are regulated by the Ministry of Ayush, Department of Ayurveda, Yoga, Naturopathy, Unani, Siddha, and Homoeopathy. Therefore, when you visit a clinic, you just need to ensure that the person is a qualified doctor as approved by this ministry guidelines. Also, most of these follow a holistic treatment approach. Hence, along with the medicines, you may also have to compulsorily follow their diet, lifestyle and exercise regime, etc. Each of these is based on some clear understanding of the human body and the issues therein. Hence, the treatment is almost always individualised and mostly not the over-the-counter type.

This treatment system believes that the body can cure itself. Hence, the practitioners only give tiny quantities of medicines to aid that cure. The system was established by a German physician Dr. Christian Friedrich Samuel Hahnemann, more than 200 years ago. Since that time, it has travelled across the world and is popular in India. Mostly homoeopathic doctors use natural substances to treat the diseases based on certain laid down guidelines.

Some people fully rely on homoeopathic treatments as it has not much side effects. However, there is not much scientific evidence to prove the levels of efficacy of Homeo for any disease as such. Common problems like cough, skin disorders, allergies, menstrual issues, headaches, migraines, etc., can be cured using this system. This is time-taking and cannot replace allopathic care for emergency and serious health issues like cancer, heart problems, etc.

Why it may suit seniors?

Some seniors need to take too many tablets for regular issues. In the long run, this affects their bodies and immune system in some way. When they come across any other issue in between, more allopathic medicine may cause more issues of even compatibility. Thus, for those seeking out traditional therapies, Homeopathy is an option that may be considered.

Homeopathic medicines work gently and slowly, but most often do provide a permanent cure. Also, the chances of any hazardous side effects are almost nil in Homeo medicines as they are in very diluted form prescribed in minor quantities. As such, they help preserve the body’s immunity and even help boost it. During the pandemic, many people resorted to Homeo medicines to keep up their immunity, though it is to be noted that it is neither a cure nor a vaccine.

Treatment should be availed only from a qualified and trusted doctor after checking out reviews from others. All reports are to be carried with you and explained to the Homeopathic doctor, mentioning any allopathic medicines being taken. The complete regimes prescribed by the doctor should be followed diligently. It is slow, and hence one needs to be patient. Taking double doses of the prescribed medicines or taking them more times than prescribed will not help the cause. Overdoses can turn out harmful.

There could be associated diet plans like avoiding certain beverages or certain food items. Since most often these are small, round sweet globules that melt easily, follow care while taking them out. Do not use wet or dirty hands to touch them; pour it into the palm, put the rest back into the bottle, etc. Also, these should be kept on the tongue to melt and swallow, rather than bite and chew. If you miss a dose, take the next one at the prescribed time and not in between when you remember. Report any abnormal symptoms to the doctor immediately to change the medicine or the dosage. These are usually long-term treatments, and so the follow-up plans should be adhered to.

Note: Some people are quite comfortable with traditional therapies, and it suits them. There are instances of people trying traditional therapies and have found that they did not benefit them. So, these are individual choices that people should make after careful consideration.

Incidence and Management of Chronic Diseases Among Seniors