Spirituality Matters and How! 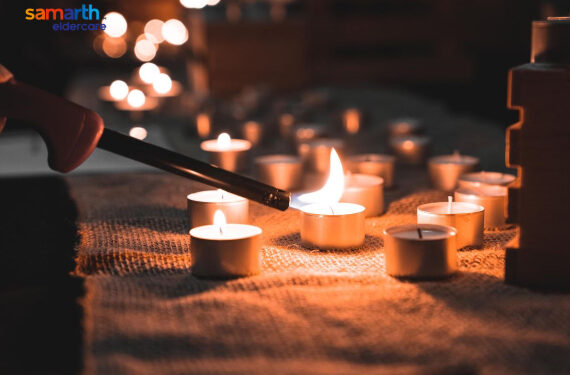 India is known as the land of spirituality and has been so since ancient times. Many foreigners are fascinated by the spiritual culture of India and come here to seek peace, find answers to life problems, and so on. Many Indian spiritual gurus have taken the world by storm, albeit we have also had a few controversial ones. Often, people tend to interchange spirituality and religion. However, there is a thin line that separates these two. No doubt, they are linked intrinsically. But it is possible to be spiritual without following a religion.

Religion is a set of beliefs and principles that most people follow as a path to attain spirituality. For example, Hindus go to temples and conduct pooja, Christians attend church masses, and Muslims pray at a mosque. Most religions involve following certain rituals and a way of life. However, to be spiritual, all you have to do is believe in a power beyond the human. It need not be any particular god of any religion. One could be spiritual by just choosing to meditate to connect with a higher soul and meaning. Most often, spirituality is associated with finding the who, what and why of existence, etc. People seek answers that seem elusive and may follow some guru to connect with them.

While the world over, we see some ill effects of religious fanaticism, spirituality, and even religion, when practised responsibly, has good effects. This has been proven scientifically. Studies conducted on older adults list the immense physical and mental health benefits of religion and spirituality. It is said it promotes positive ageing, is a source of strength and comfort, and provides a community feeling to seniors.

Both of these provide resilience and hope to seniors and become a positive life force. It helps them form better relationships and live happier lives. It helps them get through tough times and overcome stress. One study even concluded that the benefits of being active religiously or spiritually can even help older adults live longer. This is because of the overall mental and physical well-being that they gain. The core religious or spiritual beliefs maintained as part of the value system helped achieve this.

Impact on mental and physical health

Studies have proved that spirituality or religious beliefs have helped people cope better with health conditions such as cancer and other illnesses. It aids the medical treatment and the positive beliefs help in overcoming the issue. It has even helped people suffering from mental health conditions to find peace. Many people find a purpose in spirituality and use it to foster overall well-being.

It is said many people grow more religious or spiritual as they grow old. It helps them cope with the new challenges they face in this phase of life. The results from these studies have urged people to use spirituality as a wellness tool. It is even used to treat people with cognitive disorders like dementia. Participating in spiritual or religious activities can also be a source of much-needed social engagement and involvement for them. There is another side to it as well. Some religions forbade people to drink, smoke, eat meat, or fast on certain days. Some of these things tend to help physical health as well.

It is entirely up to the individual to practice religion and spirituality according to their choice, as granted by our constitution. If you do follow a religion, use the religious holidays to stay connected with family and community. For example, inviting friends over for a Christmas lunch or dinner, having a Diwali party, getting together for a Ramzan feast, etc.

The idea is to leverage the positive effects of these two aspects and ensure that they do not bring in negativity.  One should never try to impose our beliefs on another person. We should also learn to agree to disagree. Religion and spirituality are sensitive and personal matters and should be treated as such. Practice these with maturity and responsibility to reap the benefits. Many people do not follow any religion or believe in God. Even they are part of society and it is their choice. We should never ridicule anyone for following or not following these practices.

5 Mythologies from Across the World

How Prepared are Seniors for Natural Disasters?

How Prepared are Seniors for Natural Disasters?