Travel To The Corners To Discover India 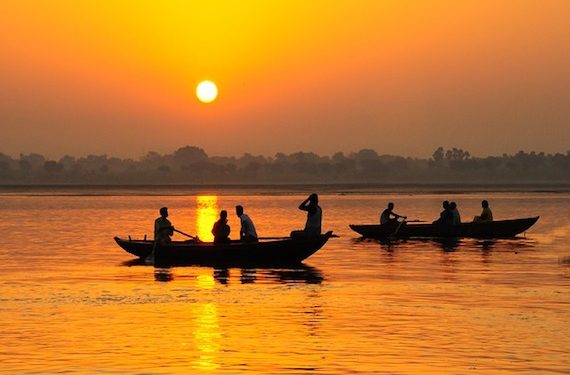 India – A country so incredible that, sometimes, it is difficult to find the right words to describe its many facets. A country that is so vast and diverse, with an amassing population that is spread across many regions, religions, caste, traditions, etc. And yet, it is incredible, because, despite all the differences, one billion hearts still manage to beat as one in pride about their country. Ancient India had a lot to give the world. In fact, Taxila, or Takshashila is said to be the first university of sorts in the world. And the first known school of medicine, that of Ayurveda was also in India.

Coming to the present, it is said that the only people gathering that can be seen from space happens in India during the Kumbh Mela. It is also a country where a polling station is set up in Gir forest for a lone voter. Incredibly, this country has more mobiles than toilets and 11% of the world’s gold is held by the Indian women!

There are also many places with rich history and amazing facts that are worth seeing. Here is a rundown of just a few among this list that is really worth checking out.

Undoubtedly, one of India’s well-known epic happens to be the Ramayana. One of the turning points in the Ramayana is when Sita is kidnapped by Ravana, the king of Lanka. Rama, in his search for his wife, joins hands with the monkey king Bali and builds a bridge across the ocean to reach Lanka. The story suggests that, under the guidance of architects Nala and Neela, the monkey army wrote Rama’s name on the stones and threw them in the water. These stones floated instead of drowning and the bridge was built enabling Rama and his army to cross over.

This structure, called Ram Setu, can be seen at Dhanushkodi, the tip of India, in Pamban Island, up to Sri Lanka’s Mannar Island. Many floating stones are still found in this area. Scientists contest the history and are trying to provide some explanation for this incredible phenomenon. However, it is worth a visit to check out the beautiful Rameshwaram temple as well the bridge, and floating stones and just revel in the history and wonder at it all.

Did you know that there was a place in India which exclusively housed and took care of elephants? This place, called punnathoorkotta or ‘anakotta’ meaning elephant fortress, is the palace of an erstwhile local ruler of Kerala, in Thrissur. This place, situated at a distance of about 3 km from Guruvayoor, the famous Krishna temple, is where these elephants are kept, and taken care of throughout the year.

It houses the largest number of captive elephants in India and provides them Ayurvedic treatment and remedies to keep them healthy and fit to serve in the various festivals. In order to revere these animals, rituals like ‘gajapooja’ (worshipping elephants) and ‘anayootu’ (feeding elephants) are undertaken here. Along with seeking the blessings of Lord Krishna in Guruvayoor, a visit to watch these creatures at close quarters is definitely worth it.

Srinagar, in India, happens to be a much sought after tourist destination. Indeed, the place described as heaven on earth by Amir Khusru has a lot to offer tourists; beautiful climate, breathtaking landscapes, astounding gardens, serene lakes with shikaras and houseboats, apple orchards, and much more. However, you may be surprised to know that it also houses India’s only floating post office in Dal Lake, Srinagar? This is the surprise element of visiting Kashmir, wherein perhaps you can pay a visit to the floating post office and send out a souvenir back to your family.

Said to be the world’s largest floating lake, situated near Keibul Lamjao National Park, the only floating national park in the world, this place is surely worth a visit for its eye-pleasing beauty as well as seeing the endangered Sangai, the brown antlered deer. You can also spot a wide variety of birds, and rare animals like the Indian python, the Sambhar deer and many more.

So where are you headed this year? Check out Samarth Tours and choose your next adventure.

Spruce Up Your Home with Flower Arrangements

How About a One-Day Trip to Beat the Summer Blues?

What’s In A Bite?

Spruce Up Your Home with Flower Arrangements