Places to Visit in Winter for Seniors 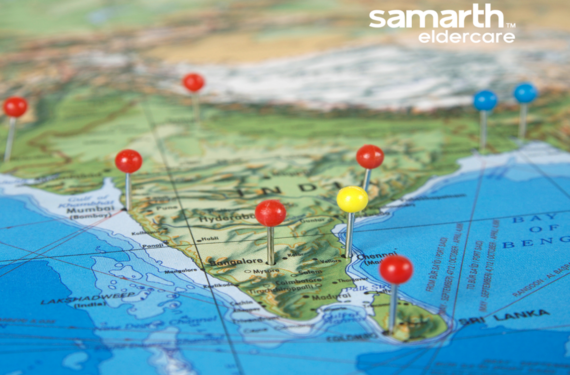 Winter is the best time to travel, as even the humid coastal areas are slightly cooler during this season. It makes beach and backwater holidays much more enjoyable. If you love trekking, this season is better as the heat is less and the conserved energy is utilised optimally as you trek. You could check these places for a weekend getaway, and it is best if you can make it a long weekend combined with some holiday.

This is one of God’s own country’s most popular holiday destinations. The serene backwaters situated on the Vembanad lake, in the Kuttanad region, surrounded by greenery is a tourist paradise and perfect for a weekend getaway. It hosts a bird sanctuary where many species such as egrets, herons, teals, cuckoo, wild duck, etc. thrive. Even migratory birds like the Siberian Stork visit this place. People can choose to stay on houseboats or resorts on the bank surrounded by coconut groves. This has been described by the National Geographic Magazine as one of the must-see places in a lifetime. Landscapes include paddy fields, and wetlands, apart from the backwaters. If you visit during the season of boat racing you could watch those traditional boats racing with each other. Shell mining happens here, and there is agricultural activity as well. One can choose to indulge in some Ayurvedic massages as many options are available.

The nearest airport is Kochi international airport around 90 KM away and the nearest railway station is Kottayam, which is approximately 13 KM away. Both are well-connected to major cities in India.

The tourism tagline of Jaisalmer says, ‘Where the forts are still alive’! Indeed, the forts in Jaisalmer are steeped in history. It is also called Golden city and is situated in the heart of the Thar Desert. The most popular landmark here is the Jaisalmer Fort, also called Sonar Qila (Golden Fort), and is a world heritage site. The city also hosts a laser light and sound show at Gadisar lake. It depicts the story of founders of Jaisalmer city, the fort and its invasions and the sacrifice of brave Rajputs. A few other places to visit are Tanot Mata Temple, Lodruva Temple, Laxminarayan Temple, Longowala War Museum, Jaisalmer War Museum and a few architectural havelis, palace, desert national park, etc. There is also an Akal wood forest park which houses the fossil remains of a forest that existed 180 million years ago.

Jaisalmer has an airport and can also be reached by rail or road easily.

Not many know much about this place other than its name. Most of us would have studied about it as a union territory. It is a beautiful island located nearby the coast of Kathiyawad region at Veraval port. It has a rich heritage as it was a Portuguese colony. It has beautiful beaches, a bird sanctuary, forts, churches and more. Some call this place as mini-Goa. Those interested in water sports can indulge in these activities here. One can also visit the INS Khukri Memorial, wherein you can see the replica of the ship that sank during the 1971 Pakistan war. This place is perfect for a weekend getaway.

Diu can be reached by air from Mumbai and Ahmedabad.

Chandel is a small district, situated in scenic Manipur, close to the international border with Myanmar. Therefore, it is also called Gateway to Myanmar. Home to more than 20 tribes, Chandel has a rich, diverse culture and tradition that is unique and attractive. They have many songs and dance forms that are colourful and sprightly. It also has rich flora and is home to many varieties of orchids, and medicinal plants. There is a wildlife sanctuary which is the habitat of many mammals, birds, and reptiles. The endangered green peafowl can be spotted here. The hilly town of Tengnoupal is nearby and provides a full view of the entire Manipur valley.

The nearest airport is Imphal, around 70 KM from where you can hire a taxi. Nearest railway station is Dimapur, 196 KM away and one has to take bus or taxi to reach Chandel from there. Winter is the best season to visit this place. Its remoteness makes it a perfect place to unwind.