The Formula for Successful Ageing! 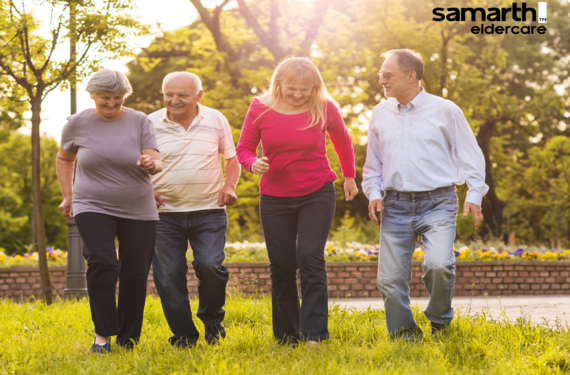 Dr.Gary Small is a professor of psychiatry and aging at UCLA and, in this video, he talks about formulas for successful ageing

For many of us, the thought of living up to a hundred years and beyond is not a very enticing prospect. But if we are offered the chance to live well and healthy to a hundred and beyond, it’s fair to say most of us would grab that opportunity with both hands!

You might be surprised to know that there are some places in the world where there is a very high incidence of people living up to well over a hundred years old! These places are called ‘blue zones’.

Blue zones are regions in the world where people live longer compared to people living elsewhere. There is a high incidence of people living up to well over a hundred-year-old in these blue zones, and they also tend to live a more physically and mentally active lifestyle compared to others.

It can be said that people who live in these blue zones broadly follow the following tips, which Dr. Gary Small calls ‘the formula for successful ageing’ :

It is known that when we participate in workouts, it boosts endorphin production in your brain, and consequently stabilizes your mood. Physical activity actually produces proteins which get your brain cells to branch out and communicate more effectively. A daily walk in the park by yourself, or with your friend, will not only help you stay in a good mood, but it will also help in maintaining the physical health of your body and brain.

We can stimulate our brain by playing games, socialising and a host of other activities which are new and interesting. Studies have shown that those who are more internet savvy, are less likely to develop symptoms for Alzheimer’s. In fact, a simple online search can cause an upsurge in neural activity can be considered a form of brain exercise! The fact that you are here reading this on our website is a good first step in leading a more mentally active lifestyle!

Stress is one of the biggest enemies of healthy ageing. Chronic stress tends to  shrink the memory centre of the brain but worry not, meditation, tai chi, yoga, pranayaam can help reverse that process!  A simple 10-minute meditation and mindfulness routine rewires certain areas of the brain and reduces the inflammation response caused by stress

It is true that obesity increases the risk developing Alzheimer’s, but it is also true that when obese people lose weight, they improve their memory and the benefits from that lasts for years! A healthy and balanced diet is key to living a physically and mentally active lifestyle.

People in the blue zone usually follow a diet which is whole and mostly plant based, with a moderate fish and low meat intake.  Including elements like bajra, ragi, green leafy vegetables such as spinach, drumstick leaves, seeds (chia, flax, pumpkin) and lentils in your diet will go a long way in ensuring that your diet is balanced and healthy, while also resembling a ‘blue zone’ diet.

It is never too late, or too early, to start following these four formulas for successful ageing. Not only will it aid you in living a longer life, but it will also help in making those years healthier and more enjoyable for you!

Beyond Apples to Keep the Doctor Away – Part II

Yoga for Seniors: All you need to know